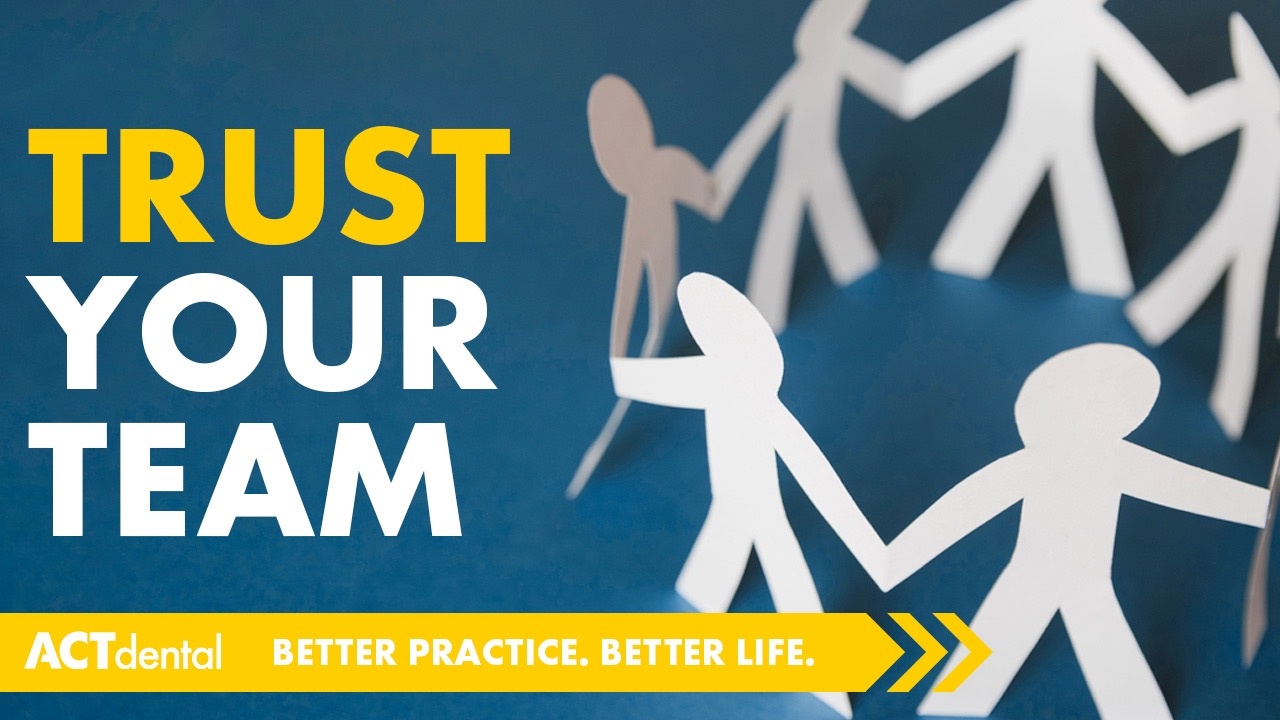 When there’s no trust in your office, it shows. There’s conflict, it’s not an enjoyable place to work, and everyone isn’t working at their best. I spoke with Paul Sletten about the team’s role in a practice transition, and we kept coming back to one thing: when you trust your team, everything is better. This doesn’t just apply to selling your practice, either; whether you’re going through a transition or your day-to-day routine, your team members are the people that make it work.

Paul recounted a practice sale in which the seller specifically requested the team not be involved, only notifying them after the contract was signed. He said it was an incredibly upsetting experience, with some team members angry and others crying, and vowed that he would never participate in a transition the team didn’t know about. The people who don’t involve their teams are usually only in it for the money, because when people spend a lifetime building up a great, relationship-based team, they want that team to take part. When you trust your team enough to involve them, it pays off. Paul lets the team take part in the search for a new buyer and has them interview those prospective buyers. The feedback from the team at this stage is invaluable, because their first impressions are the same as those of the patients.

When you create a team and empower them with your trust, they will hold the practice together in times of crisis. Paul gave an example of a practice that tragically lost its doctor—in that circumstance the practice typically sells for next to nothing, but because the team was present throughout the whole process, it retained its patients and employees. It’s currently thriving because the doctor who purchased it was one that the team loved during the interview stage.

I’ve said it many times, but “Your greatest asset you will ever have will be those amazing people that help you build this practice.” It’s not the building, the patients, or your technology. It’s your people. Learn to grow and develop them so you can create leaders—they’ll become even more amazing. The mark of a great leader is the ability to create other great leaders who then create more great leaders, so help them reach their potential:

You want a team of people who Paul calls “inflammable.” Not because they’re hot-headed or prone to combustion, of course, but because they’re capable of being lit on fire by what you’re doing and how important it is. That’s the kind of person you can rely on to take your practice to the next level.

When there’s a hierarchical structure in your office, then you don’t have a team—you have a staff, and a staff just isn’t bought in to your vision on the same level that a relationship-based team is. There won’t be the culture of trust that’s so critical to your success. Turning your staff into a team is a long process, but you don’t have to do it alone. Reach out to our coaches at ACT, whose expertise will help you get your team more involved and invested in your practice. When you trust your team to support you and your vision at all times, it makes everything better. The crazy stuff suddenly becomes less of an issue, your stress goes down, your productivity goes up, and you’ll find yourself with a Better Practice, and a Better Life!

Kirk Behrendt is the CEO and Founder of ACT Dental